in Independent, Productivity, Self Improvement Other
0
Be the first to write a review
Write a review Subscribe
Is this your listing? Claim it here!
Visit Website
Overview Photos

Daily Writing Habits, by Nicolas Cole
in Independent, Productivity, Self Improvement Other
Be the first to write a review
Write a review Subscribe
Overview Photos 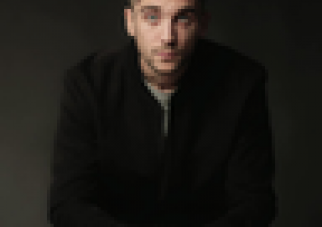 Every morning, a short but powerful email is going to arrive in your inbox.

It’ll be exactly what you need to hear that day—and, dare I say, is best consumed with a bit of coffee or black tea.

Success stories from the world’s most well-known writers & publishers.

Publishing tips, and tricks for writers in the digital age.

Motivation & inspiration from the most prolific writers on the planet to write, even when you don’t want to.

My entire life changed the day I started writing every single day.
I was 23 years old, and had just graduated from college with a degree in fiction writing.

More than anything else in the world, I wanted to become a professional writer.

I had no idea how to make that happen.

I took a job as an entry-level copywriter at an ad agency, and within a few months it became abundantly clear to me that “becoming a writer” wasn’t just going to magically happen *one day*. If I wanted to be a writer, a professional, paid-to-write writer, then I needed to figure out how to make that happen for myself.

So, in 2014, I challenged myself to write 1 answer every single day on Quora for a year straight.
I started, and committed, to a Daily Writing Habit.

And sure enough, not 30 days in, I experienced my first mini-viral success. One of my answers received more than 10,000 views.

My second month, another one of my answers caught fire. This time: 100,000 views.

But around the three-month marker is where I really started to see things take off. Writing every single day, and sticking with the process, allowed me to write even on days I didn’t feel inspired. And sure enough, the day I didn’t feel like writing, but forced myself to anyways, one of my answers went massively viral.

Between 2015 and 2016, I had so many of my Quora answers republished by major publications like TIME, Inc, Forbes, Fortune, Business Insider, Fast Company, etc., that Inc Magazine eventually gave me a column of my own. And within just a few months of writing exclusively for Inc, I became one of their Top 10 most-read contributors, bringing in hundreds of thousands of page views for the site each month.

Then, in 2017, I decided to launch my own ghostwriting company, called Digital Press, leveraging everything I had learned about writing and publishing on the internet to work exclusively with CEOs, founders, Silicon Valley entrepreneurs and investors, Grammy-winning musicians, Olympic athletes, and more. In less than 18 months, we scaled that business to 20 full-time writers, editors, and salespeople, 75+ clients around the world, and several million dollars in annual revenue.

In 2020, I published a book called The Art & Business of Online Writing: How To Beat The Game Of Capturing And Keeping Attention, sharing everything I had learned about writing and publishing on the internet over the past decade. I wrote the book I wish someone had gifted me as a 23 year old who had just graduated college, determined to become “a writer.”

This newsletter is not only my way of helping other writers out there stay motivated, committed to the process of writing daily, and informed on the best ways to write and publish in the digital age, but a reminder to myself of what got me here.

I owe my entire career to the simple decision to invest in a Daily Writing Habit. 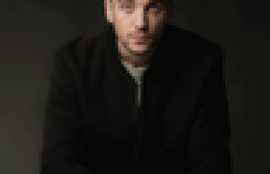