in Independent, Education & Learning
0
Be the first to write a review
Write a review Subscribe
Is this your listing? Claim it here!
Visit Website
Overview Photos

latitude(s), by Karin Fischer
in Independent, Education & Learning
Be the first to write a review
Write a review Subscribe
Overview Photos 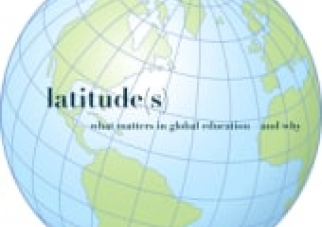 What matters in global education - and why
Subscribers will get four newsletters a month. That’s direct from my reporter’s notebook to your inbox, a breakdown of the most important developments in international education. Simply put, it’s the...

... kind of coverage you won’t see elsewhere. And I want this to become a forum – the forum – for smart conversation on global higher ed; I want to hear from you, in the comments and directly.

For now, all posts will be public, but I’ll be moving to a subscriber model. Readers who sign up now will receive a lower price as thanks for their early support. By becoming members, that’s what you’ll be doing, supporting quality journalism. You won’t ever be spammed, by advertisers or anyone.

Why latitude(s)?
There’s the geographic sense, of course. I’ll be writing to you from a specific point on the map, primarily 37.7749° N, 122.4194° W (also known as San Francisco). But I’ll take you around the globe, drawing on more than a decade of reporting on international higher education. My reporting has taken me to India to investigate corruption in student recruiting, to Portugal to explore new models for economic , to Hong Kong to write about the growth of the liberal arts, and more. I’ve covered the breadth and depth of international education, and that global expertise will be reflected here.

Then there’s the other meaning of latitude, of the freedom from narrow restrictions. This won’t be just some round-up of headlines or summary of the news-of-the-day. Latitude(s) will have perspective and point of view. I’ll tell you what’s important to know in international education, and I’ll tell you why. I talk regularly with students and parents, professors and college administrators, government ministers and employers – expect to see those insights and behind-the-scenes observations here. I’ll bring you analysis that’s sharp, timely, and incisive.

It’s your global education news, with a little bit of attitude. 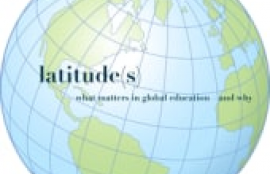