in Independent, Environment / Climate / Meteorology
0
Be the first to write a review
Write a review Subscribe
Is this your listing? Claim it here!
Visit Website
Overview Photos

Michael Shellenberger
in Independent, Environment / Climate / Meteorology
Be the first to write a review
Write a review Subscribe
Overview Photos Reporting on cities, energy, and the environment

Michael Shellenberger is a Time Magazine "Hero of the Environment,"Green Book Award winner, and the founder and president of Environmental Progress.

He is author of

the best-selling new book, Apocalypse Never (Harper Collins June 30, 2020), which has received strong praise from scientists and scholars. “This may be the most important book on the environment ever written,” wrote climate scientist Tom Wigley. "Apocalypse Never is an extremely important book,” says historian Richard Rhodes, who won the Pulitzer Prize for The Making of the Atomic Bomb. “Within its lively pages, Michael Shellenberger rescues with science and lived experience a subject drowning in misunderstanding and partisanship. His message is invigorating: if you have feared for the planet’s future, take heart.”

The book is being translated into over 15 languages including French, Spanish, Portuguese, Italian, Korean, Hebrew, Lithuanian, Czech, Slovak, and Polish.

Michael has been called a “environmental guru,” “climate guru,” “North America’s leading public intellectual on clean energy,” and “high priest” of the environmental humanist movement for his writings and TED talks, which have been viewed over five million times.

Shellenberger advises policymakers around the world including in the U.S., Japan, Taiwan, South Korea, the Philippines, Australia, United Kingdom, the Netherlands, and Belgium. He testified before the US Congress six times in 2020 and 2021.

Shellenberger has been a climate and environmental activist for over 30 years. He has helped save nuclear reactors around the world, from Illinois and New York to South Korea and Taiwan, thereby preventing an increase in air pollution equivalent to adding over 24 million cars to the road.

Michael is a leading environmental journalist who has broken major stories on Amazon deforestation; rising climate resilience; growing eco-anxiety; the U.S. government’s role in the fracking revolution; and climate change and California’s fires.

He writes on housing and homelessness, and has called for California to declare a state of emergency with regards to its addiction, mental health, and housing crises. He has authored widely-read articles and reports on the topic including “Why California Keeps Making Homelessness Worse,” “California in Danger.”

His articles for Forbes, The New York Times, The Wall Street Journal, andThe Washington Post, and his TED talks ("How Fear of Nuclear Hurts the Environment,""Why I Changed My Mind About Nuclear Power" and “Why Renewables Can’t Save the Planet”) have been viewed over five million times.

Michael has been an environmental and social justice advocate for over 25 years. In the 1990s he helped save California’s last unprotected ancient redwood forest, and inspire Nike to improve factory conditions in Asia. In the 2000s, Michael advocated for a “new Apollo project” in clean energy, which resulted in a $150 billion public investment in clean tech between 2009 and 2015. 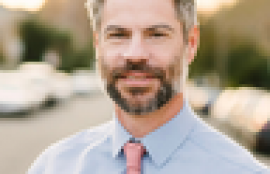