in Pop Culture, Independent
0
Be the first to write a review
Write a review Subscribe
Is this your listing? Claim it here!
Visit Website
Overview Photos

Pop Cultural Studies, by Andrew Rainaldi
in Pop Culture, Independent
Be the first to write a review
Write a review Subscribe
Overview Photos 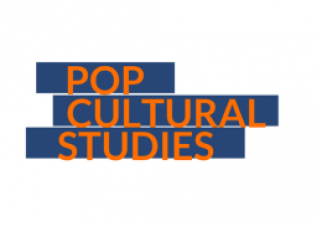 The idea for Pop Cultural Studies comes from people I have talked to in my studies of literature – some people maintain the notion that there is a contrast of high culture and low culture. Some professors I have encountered scoff at the idea that

television, film, video games, comics, etc. are nothing more than mindless entertainment. I disagree; and think that these things deserve a closer look. Pop Cultural Studies strives to take an elevated, more analytical look at popular culture.If you notice, I try my best to not just write the things that you’re likely to find on other blogs – reviews, top tens, and other “List-icles” (but I’m not above speculation). Instead, I aim to go deeper.

# of subscribers 100+
Type of pubilcation Independent
About the writer(s) Andrew Rainaldi lives in New Jersey and works as an Administrative Assistant. His favorite media to write about are Game of Thrones and Star Wars. He has been previously published in Areo Magazine and No Coast Bias.
Writer(s) Andrew Rainaldi and Hugh Geraghty