in Issues Worth Reading 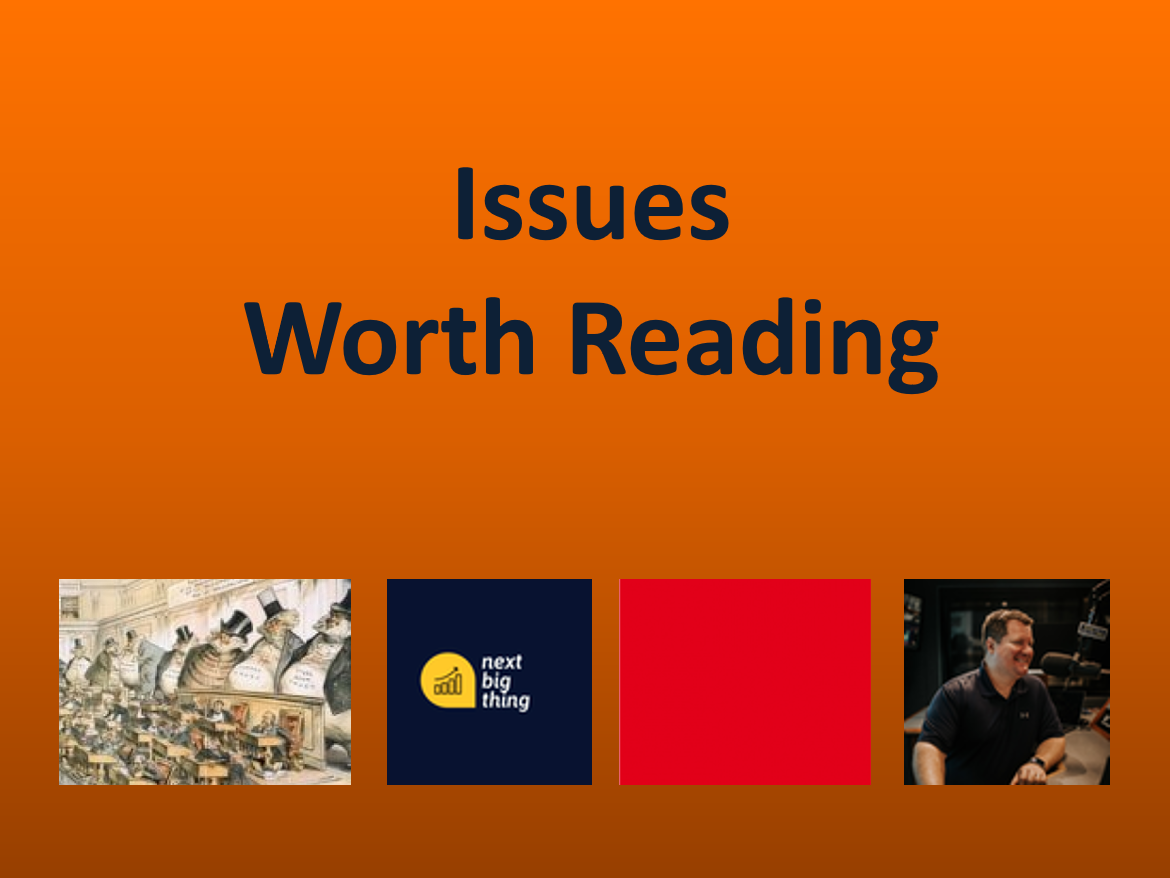 Each week we handpick newsletter issues by independent writers you may have missed that provide new or unique perspectives.

If you read last week's and would like to subscribe or leave a review of any of the highlighted newsletters, you can do that here: Alternative Assets, Slow Boring or With Chude. The narrowSCALE community really appreciates it!

Also, if someone forwarded you this and you'd like to subscribe, you can do that here -- thanks!)

Here's what's worth reading this week...enjoy!

ALTERNATIVE THEORIES TO WHY DEC 25 WAS PICKED AS CHRISTMAS

Many of us grew up learning that the date of Christmas was set around the time of important pagan holidays to make co-opting those holidays easier...but, fascinatingly, it sounds like that theory developed somewhere around the 12th century and took off in the 18th century. Erik launches into two older theories and explains how both could have led Christians to set Jesus’ birth date as Dec 25 (with the earliest known records of setting his birthday in year 200AD, 1k years before the pagan theory erupted). It’s a pretty short read, but quite intriguing, and if nothing else, will leave you with a good conversation starter for a holiday party... (649 words; 2.5 minutes) Read it…

The Robinhood app for stock trading came into a lot of fame (and use and users) this year after the pandemic started. Its 2020 Q1 trade volumes were 9x e-trade’s and 40x Schwab’s-- ie HUGE! If you’ve been curious about how Robin Hood actually works and want to better understand some societal pros/cons and risks of their goal to “democratize investing for the millennials”, it’s an intriguing read. You’ll be left pondering whether you’re in support of Robin Hood (or not) and whether you think they have a societal obligation to do anything differently (or not).  (2636 words; 9.5 minutes) Read it…

An Economy of Godzillas: Salesforce, Slack, and Microsoft in BIG by Matt Stoller on Dec 6
Slack-Salesforce and The Next $10B+ Software Acquisition in Next Big Thing by Nikhil Basu Trivedi

This week, the world of newsletters had a lot to say about the $27B Slack-Salesforce merger. Matt, a strong anti-monopolist, discusses why it’s a defensive merger, why such mergers shouldn’t be allowed to happen, and how mergers like this cause more roll-ups (which he also views as harmful).  He also highlights some smaller industries which have been unfortunately (and perhaps disturbingly) consolidated into monopolies as well. (2858 words; 10.5 minutes) Read it…   Nikhil in The Next Big Thing takes a bit of a rosier outlook on the merger and also discusses other companies, like Dropbox, that should perhaps look for a similar merger opportunity to stay competitive.  (1588; 5.5 minutes) Read it...


Some interesting facts for the week:

I hope you learned something!

And if you're on the hunt for any specific newsletters to read, feel free to email me or to take a gander through narrowSCALE.

Also, if you're not subscribed to THIS newsletter yet, please subscribe here :)!

Thanks and have a great weekend,

Let us deliver intriguing, curated content straight to your inbox...